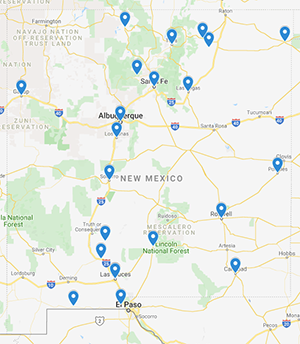 Keyes held 37 public events or announcements in 18 counties since being named Cabinet Secretary in January. She attended trade events in four foreign countries as part of a global trade initiative to increase Foreign Direct Investment in New Mexico. In all, the EDD efforts helped support over 3,000 jobs in 2019. 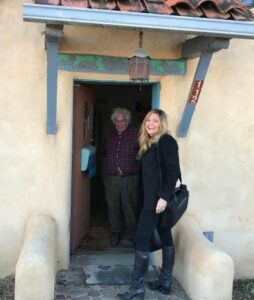 The EDD announced 11 investments from the LEDA fund totaling $21.2 million in 2019. The average salary for the jobs created from LEDA, the Local Economic Development Act, was $49,113, a 19 percent increase from the $41,217 average wage in the prior administration. The projects are set to pump $740.6 million of private capital investment into New Mexico, much of it from out of state.

“This is not a one-year process, but Year One represents an exceptional start,” Gov. Michelle Lujan Grisham said. “We’re rapidly and aggressively rebuilding our economy after a decade of lost wages and growth. We’re creating better-paying jobs for New Mexicans all across the state, in rural communities and in new growth industries. In short, we’re on fire. I can’t wait to get started on Year Two.”The number of JTIP employees trained in 2019 represents a 16 percent jump from the 1,864 average over the prior eight years. The average salary for workers in the Job Training Incentive Program (JTIP) was $18.51 per hour in 2019.

Lujan Grisham and Keyes promised to be more strategic in the state’s economic development investments, focusing on key industries where the state already has a footprint, expertise, or a natural advantage such as film production, outdoor recreation, aerospace, and value-added agriculture. Other priority sectors include advanced manufacturing, cybersecurity, biosciences, sustainable energy, and global trade.

“Higher-paying jobs are the key to building wealth in New Mexico,” said Keyes. “We are doing this by being more strategic and looking all over the state for partnerships and investments that will improve the lives of those who live and work here.”

Keyes also pointed out that New Mexico’s stronger economy has encouraged more business confidence, leading to additional investments with private money. Both Union Pacific and Intel announced expansions in the state, as has Presbyterian Healthcare Services, Northrup Grumman, and HollyFrontier.

At a major announcement in May, Virgin Galactic’s Richard Branson came to Santa Fe to reveal that the company will relocate 120 employees to Spaceport America near Truth or Consequences to finish test flights and begin the first-ever commercial space service, expected in mid-2020.

The EDD hired New Mexico’s first-ever Director of Outdoor Recreation in Axie Navas, the former digital editor at Outside magazine. The Outdoor Recreation Division has awarded the first-ever grants. The awards of $50,000 each will go to the San Juan College Enterprise Center in Farmington and to Creative Startups, which is proposing an initiative to serve as many as a dozen rural communities. Both were chosen for their regional focus to help outdoor recreation startups in the service, retail, and manufacturing spaces.

By the end of 2019, the New Mexico Film Office expects some 85 productions will have done business in the state with an estimated direct spend of $525 million, though final numbers won’t be available for several months.

Keyes also reorganized the EDD’s Technology Research Collaborative Board, bringing in experts from around New Mexico to promote technology commercialization. Members include Mark Johnson of Descartes Labs and Gabe Mounce of the Air Force Research Lab.

NMMS accepted economic development projects from five rural communities as part of the Frontier & Native American Communities Initiative: Picuris Pueblo, Pueblo of Laguna, Pueblo of Pojoaque, the Village of Folsom, and the City of Lordsburg. These communities will receive professional services and technical assistance to implement and complete the proposed project within 12-18 months.

GANYMEDE GAMES – The video gaming company was awarded $250,000 to establish operations in Las Cruces. Ganymede plans to create 51 jobs and invest more than $1.3 million in building and infrastructure with an average salary of $80,000.

RICH GLOBAL HEMP – The hemp production business was awarded a grant to assist in opening a new facility in Doña Ana County to grow starter plants for farmers. It plans to hire 182 workers with an average salary of $43,000.

SCEYE – The low-orbit satellite imaging company received a $2 million loan from the state to help rebuild a hangar at the Roswell International Air Center. The bridge loan helped the company continue its innovative business plan in New Mexico. The company also has operations in Moriarty.

NBCUNIVERSAL – The Hollywood-based film and television conglomerate has leased a former warehouse near downtown Albuquerque to open a major Albuquerque production venture. It plans to hire over 300 employees with an average salary of $61,619.

C4 ENTERPRISES, INC (C4 RANCH) – The 4th-generation family ranch in Rio Arriba County received a grant to expand its direct to consumer business by processing its own meat products while also offering services to area hunters. The business hopes to hire 8 people with an average wage of $33,000 in a rural corner of the state where there are not many employment options. The announcement was named one of the top news stories of 2019 by KNME-TV Public Broadcasting.

PEBBLE LABS – The biosciences research and development business in Los Alamos received a grant to expand and it hopes to adds 175 science and technical employees with an average salary of $130,000.

JABIL INC. – The a medical supply manufacturer headquartered in Florida, picked Albuquerque as its Center of Excellence for 3D printing. It will add 120 jobs with an average salary of $65,000.

420 VALLEY – The hemp manufacturing and production company, will refurbish a vacant building in Las Cruces and hire 55 employees with an average salary of $33,000.

FANEUIL INC. – Virginia-based Faneuil will open an Albuquerque operations center at the vacant Sitel building to handle its business outsourcing work. It plans plans to hire over 500 employees within the first six months, reaching a total of 700, with average wage of $30,000.

LANCE FOREST PRODUCTS  – This sawmill operation is run by a family with a long history in timber management. It is relocating a sawmill operation from Northern California to Cimarron in Colfax County with plans to hire 40 employees as well as contract drivers and loggers with salaries averaging $35,000.

KAIROS POWER – The California-based innovative energy company received a grant of $4 million to locate its research and development center in Albuquerque’s Mesa del Sol. Kairos plans to hire 65 employees with an average salary of $100,000. The LEDA grant included a $1 million bonus for investing in an Opportunity Zone, a first of its kind incentive program.

The New Mexico Economic Development Department’s mission is to improve the lives of New Mexico families by increasing economic opportunities and providing a place for businesses to thrive.