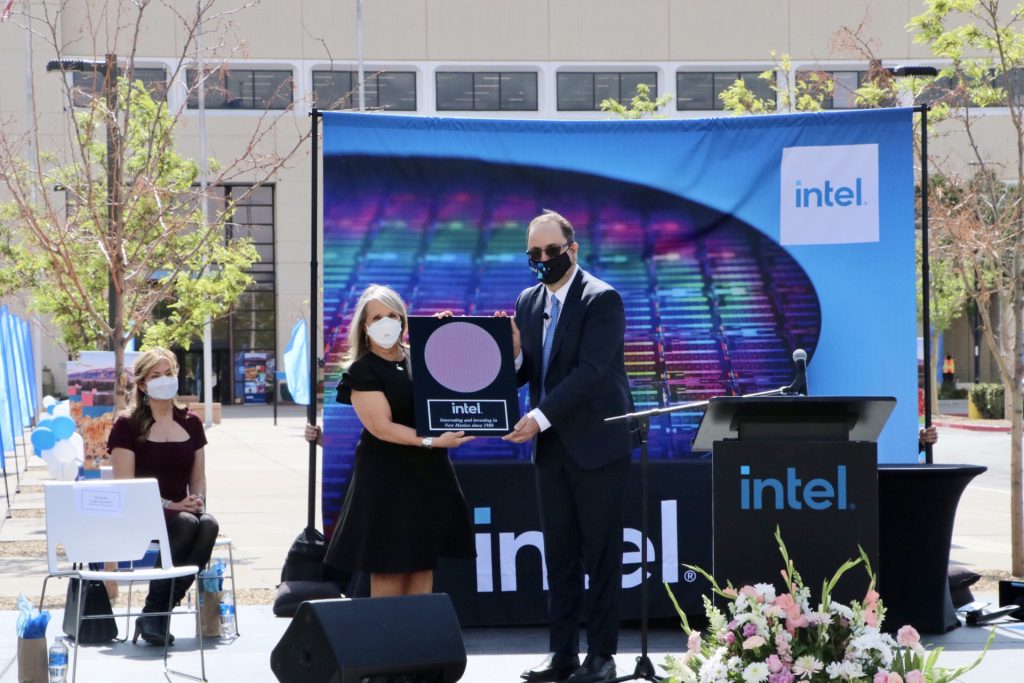 Intel plans to invest $3.5 billion in its New Mexico operations and hire more than 700 new workers to create a domestic hub for advanced semiconductor manufacturing at its fabrication facility in Sandoval County.

In what will be one of the largest capital investments in New Mexico, Intel plans to modernize facilities to accommodate its Foveros technology, a breakthrough innovation to meet increasing customer demand for stronger microprocessing performance. Intel executives, as well as state and local officials, made the announcement at an Intel New Mexico press conference on May 3, 2021.

“Intel’s $3.5 billion investment in New Mexico will create 700 new jobs in the next three years and establish the Rio Rancho campus as the company’s domestic hub for advanced semiconductor manufacturing,” Gov. Michelle Lujan Grisham said. “With this exciting
development, we are already seeing the benefits of this year’s legislation expanding LEDA, generating high-quality and high-paying jobs for New Mexicans. The state and Intel have a 40-year partnership, and today, with innovative economic development tools and global
demand for this technology, we can celebrate a new generation of workers and job growth at Intel’s New Mexico manufacturing plant.”

“A key differentiator for our IDM 2.0 strategy is our unquestioned leadership in advanced packaging, which allows us to mix and match compute tiles to deliver the best products. We’re seeing tremendous interest in these capabilities from the industry, especially
following the introduction of our new Intel Foundry Services,” Keyvan Esfarjani, Intel senior vice president and general manager of Manufacturing and Operations, said. “We are proud to have invested in New Mexico for more than 40 years and we see our Rio
Rancho campus continuing to play a critical role in Intel’s global manufacturing network in our new era of IDM 2.0.”

The Rio Rancho investment was solidified after Gov. Lujan Grisham and Economic Development Cabinet Secretary Alicia J. Keyes asked state lawmakers in a special session to reform the Local Economic Development Act (LEDA) to allow for a portion of construction-related Gross Receipts Tax to be rebated back to companies for large, significant, job-creating projects. Gov. Lujan Grisham signed the measure into law on April 7, 2021.

Intel is expected to hire 1,000 construction workers starting this year and spend $550 million on construction and new infrastructure. Intel New Mexico employees’ average total compensation, as of the end of 2020, was $145,000 per year including salary, benefits, and
bonuses. “The time has come in New Mexico for better paying jobs and a faster growing economy,” Secretary Keyes said. “Intel’s investment in the state signals again that New Mexico has a skilled workforce and a strong business climate, with the financial and logistical advantages to help businesses manage essential supply chains.”

In addition to the GRT, which is expected to total $14 million with both state and local sharing, the state has pledged $5 million from its regular LEDA fund, paid out after Intel meets specific economic development goals. Sandoval County, home to the Intel plant, is
pledging an additional $500,000, with specific job goal requirements, and will serve as the fiscal agent for the project.

“Sandoval County has a long history of partnering with Intel beginning with the county’s initial $2 billion IRB back in 1980,” Sandoval County Commission Chair Dave Heil said. “Since that time, our partnership has resulted in the creation of over 8,000 great jobs,
almost 5,000 of which have gone to New Mexico residents.”

Pending approval, the City of Rio Rancho has pledged $250,000 to the expansion from its job-creating LEDA fund and will consider action at an upcoming city council meeting. “Over the past few years, Intel has made meaningful strides in job creation and capital
investment at the Rio Rancho site,” Rio Rancho Mayor Gregg D. Hull said on May 3. “With today’s announcement, we are seeing a huge leap forward for both Rio Rancho’s and the state’s economy. Intel spurred Rio Rancho’s original growth spurt in the 1980s and on behalf of our residents, our local business community, and the governing body, we are ecstatic to support Intel’s renewed future in Rio Rancho.”

Since 1980, Intel has invested more than $16 billion to build high-tech manufacturing capacity in New Mexico. Over the past five years, the company has spent more than $1 billion with state-based organizations. Intel has an annual total economic impact in the
state of approximately $1.2 billion, based on 2019 data.

Intel in New Mexico – By the Numbers: 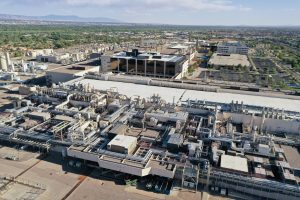 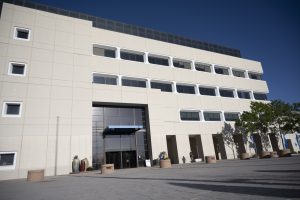 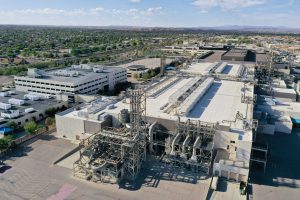